From early in life, I wanted to be a physician, to help people find health and wellness. When it came time to decide what type of medicine to learn, I started the decision-making process by spending time with practicing physicians – MDs and DOs because at that time I was not aware of Naturopathic Doctors.

And so, there I found myself, spending hours with doctors and their patients, an average of 10-15 minutes per visit and quickly learned that I was headed toward two main activities: first was deciding if someone was in danger of losing their life and needed to be sent to the emergency room and second was deciding which drug to prescribe based on the symptoms they were presenting with.

I asked questions of the physicians I was following around about each patient like, “Why do you suppose they have those symptoms – is it poor diet, are they under stress, is it genetic?” I asked if they ever talked about the food they were eating or the kind of lifestyle they led, or if they were taking any supplements. Were they getting enough sleep? Did they have a support network? What were their spiritual beliefs? And each question was answered with comments like, “There is no time for that kind of conversation.” Or, “Most of that does not really matter.” Seriously?!

It was a typical clinical shift and we started by discussing the morning’s cases. In this clinic, there were 47 patients booked from 8:00 am – 12:30 pm. We started our day at 7 am, reviewed cases until 7:45, and then the nurse would get 15 min for orders approval, ER calls, papers that needed to be signed, catastrophic labs/tests that needed immediate attention, etc., pretty typical stuff.

There was a case of a woman, about 45 years old, who had had first come in 2 weeks before, with a  3 month old rash  over most of her upper body. I was in the first visit which lasted about 10 minutes with the medical assistant and then nurse. They got most of the information and then told the doctor was was important for him to know to quickly decide what to do. She thought it was dry skin and had used lotion on it, which helped a little but it wasn’t going away, it was itchy, and she thought it was starting to spread.

When the doctor came in, he knew only the following: rash for 3 months, no current skin rx, itching, may be spreading, vital signs all normal.

What he did not know, because the patient had told the medical assistant and nurse and not him, was that she had gotten married 4 months previously to a gentleman from a different culture and they lived with his parents, retired, active, relatively healthy. Her diet had changed radically at that point and she was having some relationship trouble with the new family; they were all residing together – in-laws and newlyweds. She had moved to a new location, new home, left her job, friends and family to form a new life. And even though it wasn’t a skin thing, she had been dealing with recurring UTIs since shortly after her marriage and some allergy stuff because the new family had cats, a trigger for her. This had been really hard on their sex life, both the UTIs and allergies, and she wondered since she was new to the area, could the doctor refer her to someone for the urinary tract infections and for the allergies. The nurse was kind, compassionate and accommodating. She wrote down referrals for a urologist and allergist, likely noted the chart, but did not tell the doctor. Who, in all fairness, might have done something different with that additional information, but likely not.

The doc looked her over, and said it was dermatitis, simple and straight forward and gave her a prescription for a steroid cream. Call with any new troubles or if it comes back. He spent 7 minutes in the room with her.

I asked the doc afterward if it would have been worth exploring her new diet, or stress from her change of life situation, or difficulties with the new family first to see if some small change could heal up the eczema instead of the steroid cream – which even I knew at that point can have nasty side effects. I mentioned the recurring UTIs, the allergies, and suggested it might be a stress response.

He looked at me and said, “First, I don’t have the time and second, that is not what I was trained to do.”

That really left me feeling quite empty and I was sad for the woman because I was pretty sure someone could help her. But I wasn’t in medicine yet and whirled out of her life.

As luck would have it, that very year at the University of Oklahoma, a new Herbarium Director was hired. She was a PhD with two other initials after her name, ND, which I learned stood for Naturopathic Doctor. So, I went and chatted with her and began to learn all about Naturopathic Medicine. I knew within a very short time that this type of medicine was much more promising than anything I had seen before.

Wow!!!! I was caught, hook, line and sinker. We spent an hour on average with patients, two hours with new patients. We talked about everything in their life, all the things that could be affecting their health. Then we prescribed treatment plans that addressed a wide array of things from food, to proper nutrition, stress management, liver support, detoxification, exercise, social interactions, toxic environments and more.

I heard these doctors describe to their patients what a healthy system looks like, how it should work and how to create it for themselves.

I experienced doctors helping folks manage symptoms while they were reestablishing the proper conditions for health.

I saw these doctors use herbs, physical medicine, energy medicine, homeopathy, hydrotherapy, talk therapy, physical medicine, acupuncture and you know what else I saw? I saw people getting better. People with minor issues such as eczema to people with very serious conditions like cancer, tuberculosis and fibromyalgia. I saw symptoms of illness and disease disappear before my eyes and I watched people go from less healthy to more healthy. It was magical.

I chose to pursue my degree in Naturopathic Medicine. I chose to learn everything I could about all the modalities this medicine offers and to ultimately specialize in homeopathy. I learned that every human being has an innate healing ability and that the body is always striving to be as healthy as it can be in any given moment.

As a vitalistic Naturopathic Doctor, I help the body do its job by finding the obstacles to cure, by providing the body what it needs to be well and by using only that which creates a healthier state. Most importantly, I teach. I teach my patients, my students, my colleagues and anyone who will listen about what it means to work with the body instead of against it. I spread this knowledge in many ways, one of which is through Health Talks 365.

My days are made up of working with people to find health, volunteer work with many organizations, homeschooling and most recently, putting a homestead in place.

This blog is called Doctor’s Journey. My journey of working with people, my own health journey, interesting things I learn about and want to share with all of you. I love comments, encourage discourse, and expect mutual respect.

I have never looked back – never doubted my path.

I have seen some miraculous healing take place and wish you many blessings along your path to health! 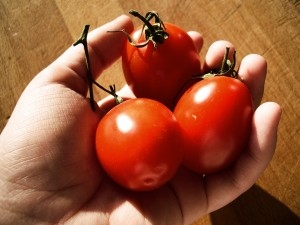 Mom Made all our Meals from Scratch…

In my journey as both doctor and patient I have come to realize that many people, including myself, want to make changes to live in ways that promote health but may not

We, the sisters — the doctor and the patient — were watching the CBS News with Katie Couric in which she reported on a government 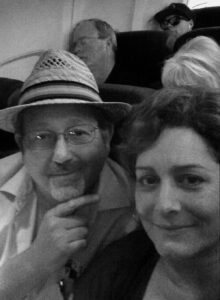 I do not go to the Doctor’s office very often for myself. I probably should go more often, at least once a year to have 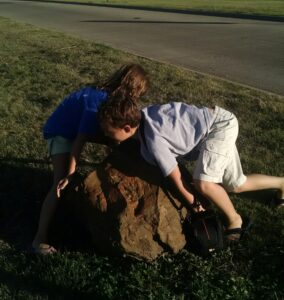 I left school after teaching a homeopathy class the other day and there was a wasp on the window of the door of my car. I 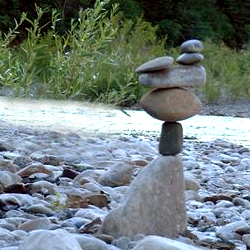 If I knew how much fun having a blog was going to be I would have started one years ago. I have kept a journal

I am struggling a bit with food at the moment, especially since reading the Omnivore’s Dilemma. I suspect corn is everywhere, hiding, lurking, waiting to be 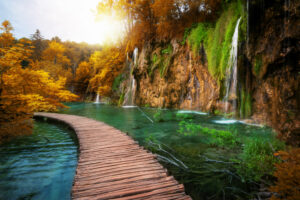 So many of my patients ask me if I live the advice I give every day. More importantly they ask how I live by the